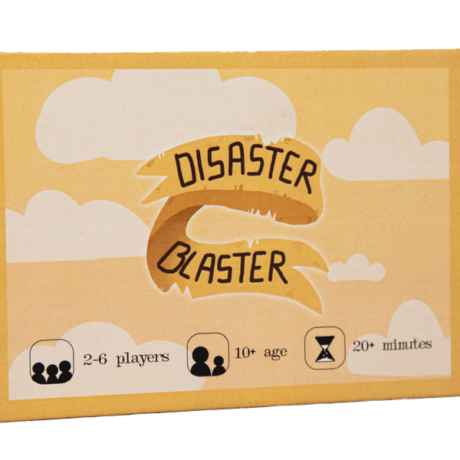 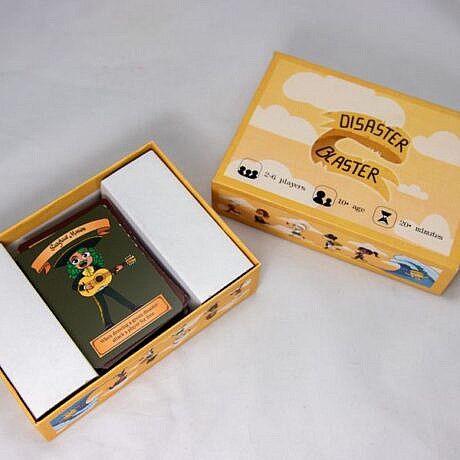 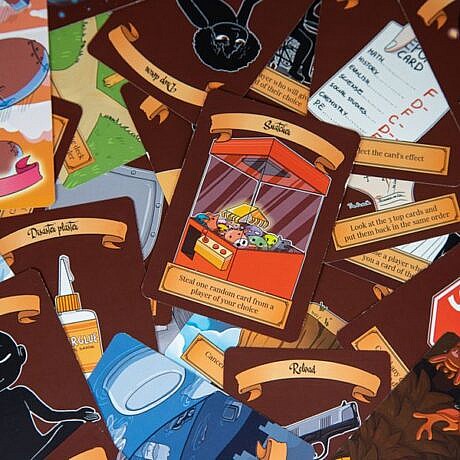 A danger awaits you and your friends behind every corner. Tornadoes, earthquakes, thunderstorms and other terrible disasters are ready to crush unsuspecting players. A competitive card game for 2-6 players. Each player receives a unique hero and a fate filled with unexpected life-threatening events. It’s up to you to face your destiny or to pass it to your friend and be on your merry way.

Setting up the game

Shuffle the deck and deal six cards to each player. At random, give each player one Main Hero and one Sacrificial Minion. Place the Main Hero and Sacrificial Minion cards in front of you so that everyone can see them. Add two additional Minion, two additional Superminion and all 12 Disaster cards to the deck. If there are 5-6 players, then add the special disaster card to the deck as well. Shuffle the deck again and begin the game.

All players take turns in order one at a time. A player can play any amount of action cards from their hand during their turn. To finish their turn they must draw a card from the pile. If they happen to draw a disaster card, then they must play this card immediately. After the Disaster card is played, players check if they can use the Sacrificial Minion effect. If they can then the disaster moves forward to the next chosen player. If no, then the player will check the Main Hero effect. If that effect works then the disaster moves forward to the next player. If no, then the player can play any cards from their hand that work with the current open disaster. Any player can use the Main Hero effects during each disaster once. The disaster moves forward until a player cannot play anymore cards. In that case the player sacrifices one of their Minion cards. With that their turn ends and the game continues on from the point at which the player drew the disaster. If there are no Minions left to sacrifice then you will lose the Main Hero and so the game.

End of the game
Last one alive from the disasters wins the game.