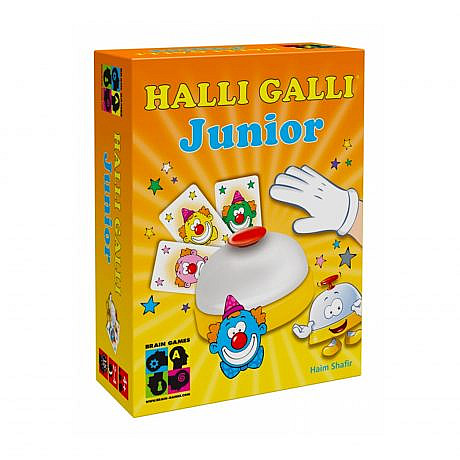 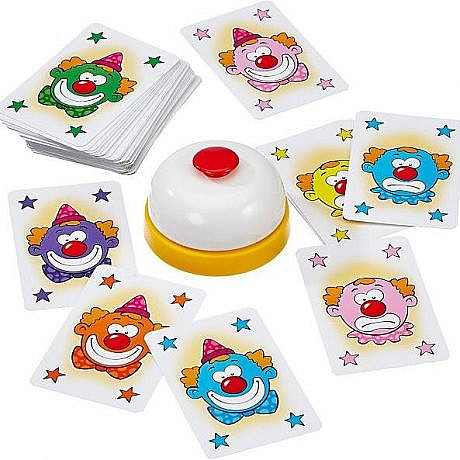 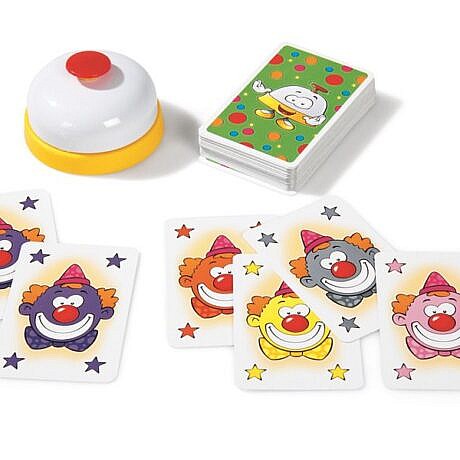 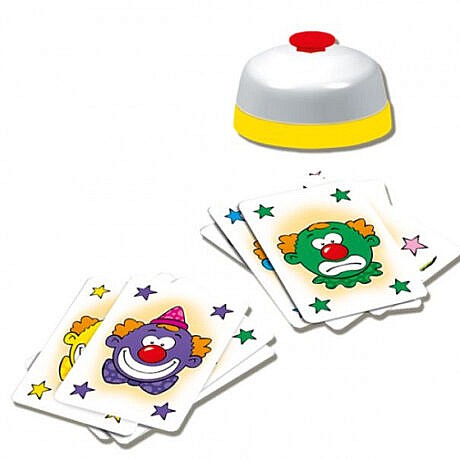 Halli Galli Junior is a speed action game in which players must ring a bell when they see two clowns of the same color.

During set-up, each player receives cards with clowns in nine colors. Most of them look happy, but some are unhappy. Hold your deck face down; deal one face up in front of you. As soon as you see two happy clowns of the same color, you hit the bell. If you’re correct, you pick up all the played cards and put them into your deck. If you’re wrong, pay the other players one card each. If you run out of cards, you’re out. When only two players are left, they play until one of them hits the bell, then they resolve that and the player with the taller deck wins.