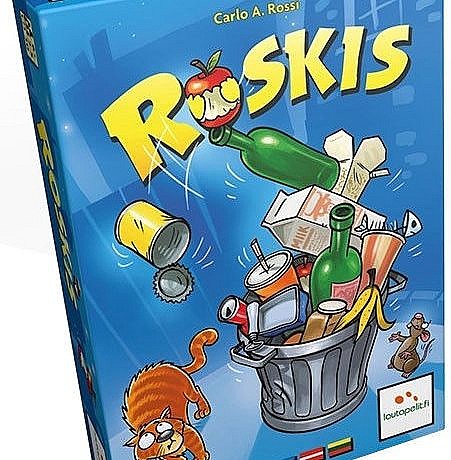 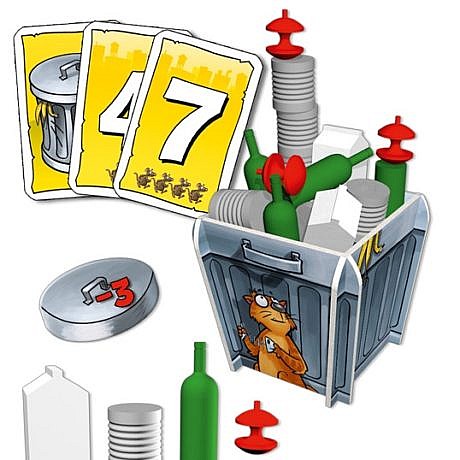 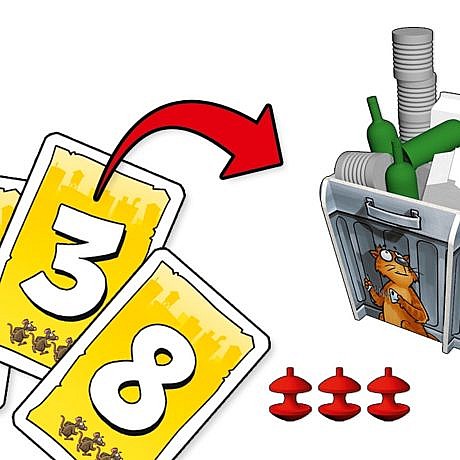 Players in Roskis need to toss trash into the garbage bin, but unfortunately, they’re all a bit lazy and instead of emptying the bin when it’s full, they’re content to pile everything as high as possible in the hope that someone else will knock it over and have to clean up the mess.

Before the game begins, each player takes a set of cards numbered 1–10, and the forty pieces of “trash”—milk cartons, tin cans, bottles, and apple cores—are placed next to the garbage can.

Each round, players secretly choose one of the three cards in their hand, then reveal them simultaneously. In order from low number to high, each player places a number of pieces of trash equal to the number she revealed into—or onto—the garbage bin. If a player makes the garbage mountain collapse, she receives a penalty token, then empties out the bin, with the next player in that round starting with a clean bin. If someone places the final piece of trash into the bin without knocking anything over, she receives a bonus.

The game ends after the sixth penalty token has been handed out, and whoever has the fewest penalty points wins.