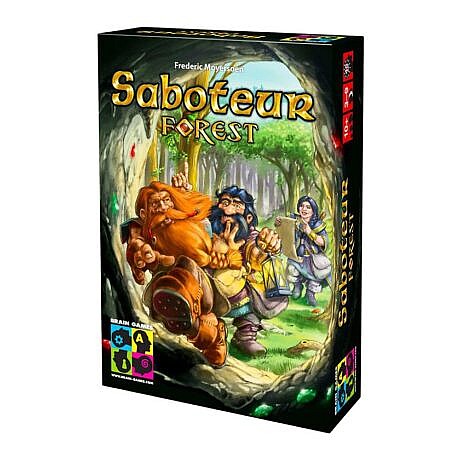 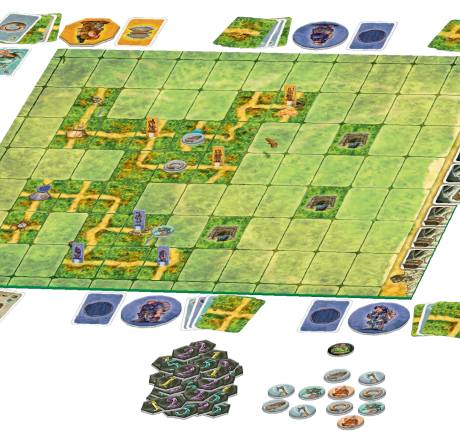 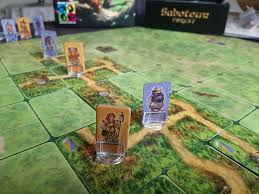 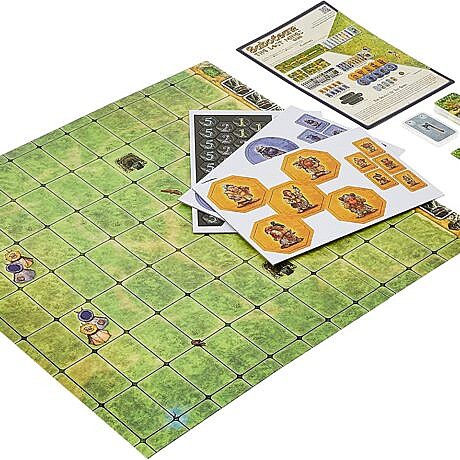 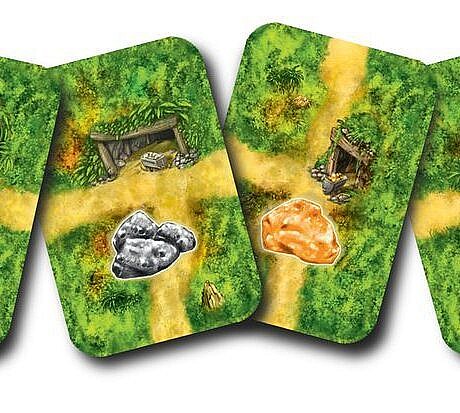 Saboteur: Forest is a board game inspired by the famous Saboteur card game. While it uses ideas of the basic game, the expansion, and the two-player game, it is also very different.

In this game, players are divided in two clans; each clan contains loyal dwarves, selfish dwarves, and a saboteur, secretly working for the opposite clan. Players have their own pawn, and the dwarves must move over the paths in order to physically reach the four goal cards, one of which contains a sleeping dragon that you don’t want to wake, so try to avoid that one, if possible. The (non-dragon) goal cards yield a variable number of points, depending on the displayed, but secret, treasure cards.

Sabotage isn’t performed against a specific player, but directly on the board by playing blocking path cards or adding tokens. In this way, the sabotage affects always all players, including yourself. As opposed to Saboteur: The Duel, path cards you play don’t have to be linked to your own start card, which offers many more sabotage options. Even so, no player is ever out of the game, either temporarily or permanently.