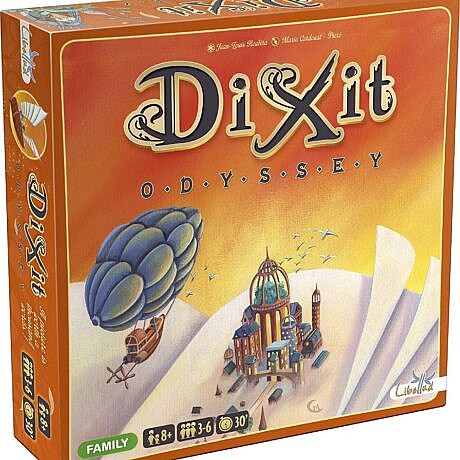 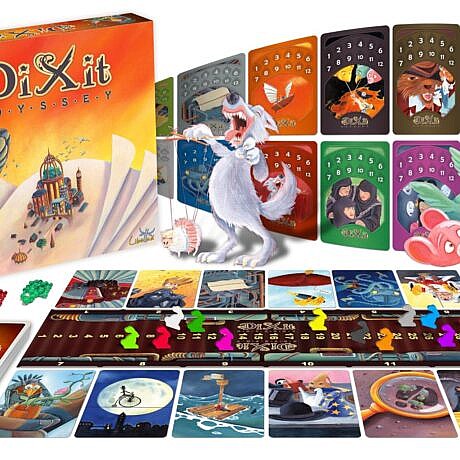 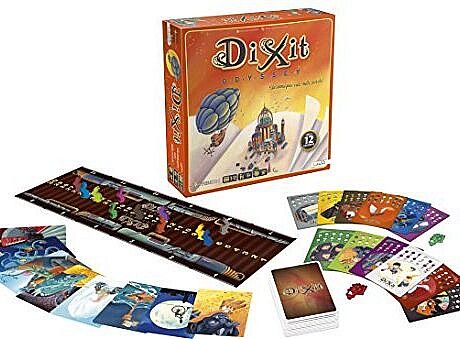 Dixit Odyssey contains 84 new cards, each with a unique image drawn by Pierô and colored by Marie Cardouat, artist of Dixit and Dixit 2. The stand-alone version also includes a folding game board, 6 new rabbit scoring tokens (12 total), and a box large enough to hold all the Dixit cards released to date. The stand-alone version of Dixit Odyssey includes enough components for up to twelve players and also has variant rules for team play and for new ways to play with the cards.